Olivia, the Corn Capital of the World, is a rural community of 2,570 friendly people.

Olivia sits in the heart of one of the richest agricultural counties in Minnesota, and is celebrated as a world leader in agricultural innovation.

We are located approximately 90 miles from the Twin Cities on U.S. Highway 212, which is part of the original Yellowstone Trail. Taking its name from the famous park and tourist destination, "the road" ran from "Plymouth Rock to Puget Sound." The Yellowstone Trail Association was founded in 1912 and organized the first transcontinental route through the upper tier of states. 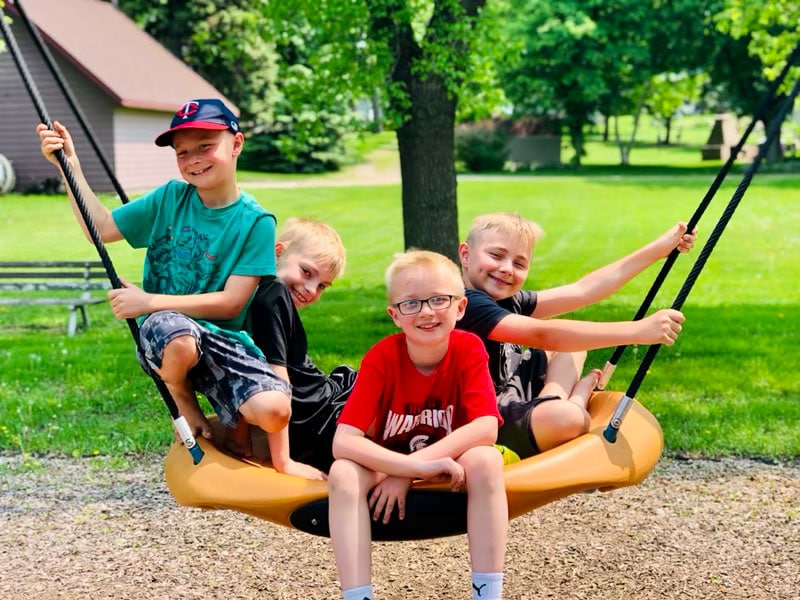 In 1878, a small prairie settlement called Olivia, had a few hundred residents and a flower bed in the middle of the busiest intersection. The village was officially incorporated in 1881.

Rogers was responsible for deciding where towns and stations would be located and for the naming of the towns along the railroad line. It so happened that the first station agent to be placed in Ortonville, Minnesota was a woman named Olive. She was a particular friend of Chief Engineer Rogers, and it was for her the fledgling community was named.

Olivia won a fierce twelve year battle between several towns in the county that wanted to lay claim to the county seat. Beaver Falls was the county seat when Olivia was located as a town site and placed upon the map. The first election for the removal of the courthouse from "Mother Beaver," as she was called, was in 1889. This was an attempt to move the government seat to Bird Island, and it failed.

In 1894, Olivia launched a campaign for the courthouse. An election was held on July 9th, and Olivia won, but, on an appeal which went to the Minnesota Supreme Court, the election decision was reversed, and the county seat was returned to Beaver Falls. Another election in October of 1900, gave the county seat once again to Olivia. This time, four stalwart residents with four horses and a triple box went to Beaver Falls in the middle of the night and brought the records to Olivia. In one final twist of fate, the group members were jailed for illegally stealing the records and the records were returned to Beaver Falls, but Olivia's claim to the county seat remained and finally in 1901 the battle was over.

Olivia is the largest town in Renville County. Source: Adapted from the City of Olivia, MN